About Jim and Kathy's Music

JIM AND KATHY OCEAN
Music for the MetaQuizzical 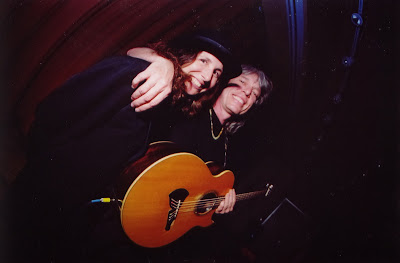 Life-long explorers of the human psyche, Jim and Kathy use songwriting and performance as a means to understand, interpret and share their perspectives. Their original music is a stimulating, folk-rocking romp through science, politics, satire and spirit.  They call it "Music for the MetaQuizzical.


The Oceans’ environmental disaster song “Plastilla” was recently made into a video and used as curriculum in Fresno Unified schools. Their song and video about Dark Matter “Said the Dark to the Light” recently won audience favorite at a film festival in Paris.

Jim & Kathy have performed with the Smithsonian's 'Beyond' exhibit, played at the annual Bioneer's Conference in Marin, and have opened for so many astronauts they may soon be the first folk duo in space.

What others have to say:

"Poetic and courageous, the Ocean’s songs are intelligent, sometimes witty, sometimes serious, always deeply moving. Like a classic movie, their music remains relevant, fresh and worthy of listening to over and over."  --Paul Tumolo, Wild Plum Records

"Smart musical wanderings through the comedies and tragedies of the human experience. Nick Drake meets the Beatles meets Nietzsche with a solar flashlight and a GPS." --KD